A Comparison Between Mouse Droppings And Bat Droppings

Of course, no one likes the pathetic smell of either mouse poop or bat poop. But do most people even know the difference between the two? Most people only know that the droppings are small and have a dark colouration, but it is not easy to differentiate bat droppings from mouse droppings.

How about the effects as well as advantages that they may have? We encounter mice and bats throughout our daily lives. They are known to reside in ceilings, roofs, holes in walls, caves, and so on. They mostly survive due to their small sizes and other adaptive features, making their extermination as tricky to deal with as their poop.

What You Should Know About Mouse Droppings

It could be challenging to distinguish between mouse droppings and bat droppings. Therefore, the size of the poop is essential in differentiating mouse poop from bat poop. Generally, the length of mouse poop ranges from an eighth to a quarter of an inch.  Due to the tapering at the ends, mouse poop also looks like dark rice grains.

Additionally, determining the age of the mouse droppings could also pose various challenges since the colour of mouse droppings depends on the food source. Therefore, the best way to determine how old mouse droppings are would be to remove the droppings every 24 hours. The existence of new droppings after every removal could thus indicate a present ongoing infestation.

Whereas it is difficult to spot the mice themselves, one could use the number of the mouse droppings to determine the level of mice infestation. Mice could excrete about fifty to seventy-five droppings in a day, so one could always check the infested areas or hire a professional to do the checking and finally remove the mouse droppings. However, removing the mouse poop could be difficult and dangerous, especially when one decides to apply the do it yourself method. 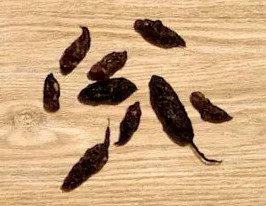 It is thus advisable that one seeks the help of professionals to remove the mouse droppings. The Centre for Disease Control and Prevention suggests that one should always air the infested area for about 30 minutes before removing the poop. You should also cover any abrasions or cuts, wear the appropriate (latex or rubber are mostly preferred) gloves, and use disinfectant while cleaning the mouse poop. It is further advisable to wash your hands thoroughly with sufficient water and soap after finishing the clean-up.

Moreover, the Ministry of Health in Australia suggests that tank inlets and overflows should always be fitted with screens to prohibit the entry of mice. This is a preventative method as mouse droppings could easily infect rainwater. Careless handling of mouse droppings and rodents could lead to dangerous infections.

For instance, Leptospirosis is an infection caused by bacteria in mouse urine entering the human body through the mouth lining, nose, eyes, or open wounds. Another infection caused by exposure to mouse feces or urine is Lymphocytic choriomeningitis virus (LCMV) infection. Although there are scenarios where LCMV infections during pregnancy have led to fatal results, such cases have not been recorded in Australia before. Mouse droppings do not only cause infections; they are also responsible for other losses, as has been witnessed in Australia for the past three years. After the attack of mice, farmers suffered significant losses caused by the rejection of their harvests, contaminated by mouse droppings.

What You Need To Know About Bat Droppings

Bat poop, which is also known as guano, is almost indistinguishable from mouse poop. They all look similar in size, shape, and colour, except that the consistency of the bat droppings is drier. One could also identify a bat dropping by putting on gloves and rolling a single bat poop between a finger and the thumb. A mouse dropping will always squash while a bat dropping crumbles. Just like mice, careless handling of bat droppings could also cause infections.

For instance, Histoplasmosis is an infection caused by fungi in the soil, especially in large quantities of bat droppings. The condition could be mild or severe. It could also be misdiagnosed since its symptoms are the same compared to other illnesses. Australian Bat Lyssavirus (ABLV) was first recognized in 1996 and has subsequently been identified in four distinct kinds of fruit bats and one kind of insect-eating microbat. Therefore, an assumption is made that any bat in Australia could cause this infection. 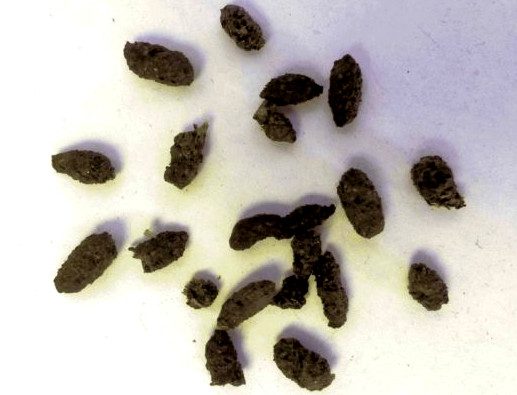 The bat feces from caves are preferred since they have been shielded from sunlight, water, and wind, thus making them more effective than bat droppings from tree-dwelling bats. Accumulated bat poop has also been used to produce gunpowder and other explosives, especially in the United States.

It is important not to ignore mouse or bat droppings. Even though they have a terrible smell and could cause infections, effective cleaning and subsequent sanitation could be more beneficial. Further, the best way to prevent the dangers of mouse and bat poop is to keep all areas free from mice and bats.