Is It Illegal To Kill Snakes In Australia?

Are you wondering if killing snakes is legal or illegal in Australia? This question can arise in any knowledgeable individual’s mind. The answer is, yes! It is illegal to kill or injure any snake. It is common knowledge that snakes are very important for the ecosystem, and their existence is necessary for us. Therefore, killing snakes is harmful to the environment.

This article will discuss which Act makes killing snakes illegal in Australia, how to deal with snakes, their importance in our lives, which ones are the most dangerous and many more. Hopefully, it will help you to know more about snakes and their importance to avoid gravitating towards killing them if you come across one.

Which Act Made Killing Snakes Illegal In Australia?

As recent as a few years back, people used to kill snakes without repercussions. You could have been passing through a bushy path, see a snake moving, and for no reason other than fear, beat the snake to death! However, an Act was enacted in 1992, called the Nature Conservation Act, to stop such unlawful acts. Therefore, it is now an offence in Australia to kill, injure or capture snakes.

In this modern world, the law is the authority that can make people do something right or keep them from doing wrong. The Act, therefore, allows snakes to live an uninterrupted life.

Snakes And Their Native Environment 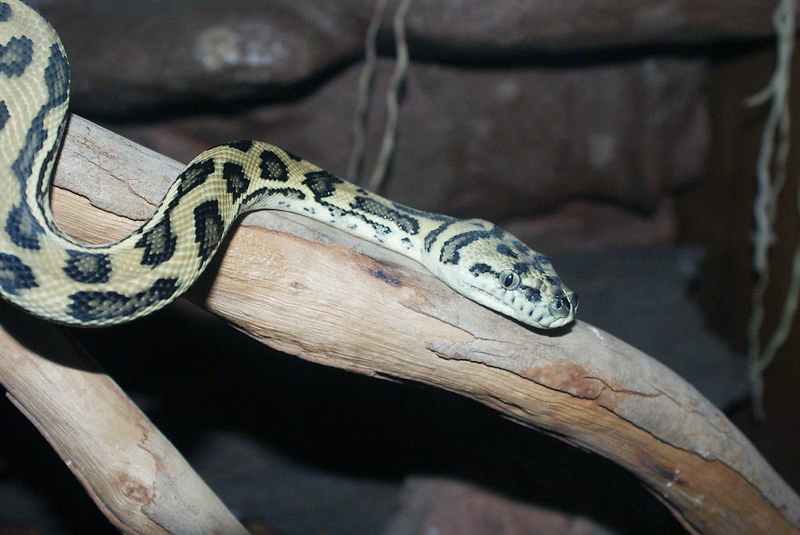 The two most common snakes in Australia are brown snakes and tiger snakes. Both types are mostly found on islands and love to live among trees. So if there is a lot of vegetation in the area you live in, you are bound to come across a snake or two around your home.

Snakes can disturb your accommodation, and such disturbance can force you to take drastic action that almost always leads to their death. Luckily, there are a few things that you can do to keep your home snake proof. These preventative measures allow you to avoid turning to drastic measures that can lead to the death of snakes and legal action against you. You can:

These easy measures can make your home safe from snakes.

How To Deal With Snakes Safely

Typically, snakes do not attack first. They prefer to retreat when they are disturbed. But if there is a snake in your place or anywhere near you, what’s the best thing you can do?

You should contact a reliable local snake catcher. If you conduct an internet search, you can easily find a professional snake catcher. They can catch the snake and relocate it to a safe place. Moreover, ensure that you keep an eye on the snake from a safe distance until the snake catcher arrives to deal with it.

If you remove snakes in such a way, it will benefit both you and the snake. The snake will survive peacefully, and no harm will come your way.

Australians claim to have the deadliest varieties of snakes. Australia has approximately 140 species of land snakes and approximately 32 species of sea snakes. About a hundred species are venomous, but only 12 can cause a wound that can kill you. The most dangerous ones are brown snakes, tiger snakes, death adders, king brown snakes or mulgas and some sea snakes. Another highly venomous snake is the red-bellied black snake.

You need to know that there is a positive aspect where snakes are concerned; none of these snakes is naturally aggressive. Most of the time, they only attack if you try to beat or capture them. Therefore, you should not panic if you come across any of these venomous snakes. Simply allow the snake to move peacefully, and it will not bother you.

As mentioned before, snakes do not bite if you do not bother them. But under any difficult circumstance, if you get bitten by a snake, what can you possibly do? Since snake biting is quite common in Australia, there are a few precautionary steps that you can take to avoid being bitten by a snake. They include:

However, even if you observe the above precautionary steps, you can still get bitten by a snake. In that case, you should do the following things step by step to guarantee your survival after a snake bite. The steps apply if you are also helping someone who a snake has bitten:

Ensure that you follow the steps above to a T. Otherwise, the bite can do great harm or even lead to death.

Importance Of Snakes In The Ecosystem

Every animal plays an important role in maintaining the ecosystem properly. Snakes play a very important role in food webs. They are significant middle-order predators, which means that they balance the number of prey species. If the snake population were unusually small, the prey species would increase to an enormous level. For instance, there would be too many rats and mice.

On the other hand, the predators that feed on snakes would have an inadequate amount of food. Therefore, to keep a balance in the food web, we have to save snakes.

When Is The ‘Snake Season’ In Australia?

In Australia, snake season typically begins from October and November. The weather is most comfortable for a snake to roam around or search for food during spring. Snakes are cold-blooded animals which means that their body temperature changes according to the weather. Their bodies stay warm in the spring or summer and get colder in the winter.

Moreover, snakes hibernate in the winters. So there is almost a zero per cent possibility of seeing a snake between June and August in Australia.

That said, beware of snakes in the spring and summer as it is their roaming season. Keep your garden clean, wear covering shoes, avoid bushes as much as possible, have a snake catcher’s number saved and ensure that you have a torch or source of light with you while walking in the dark.

COVID-19 And Snake Catching In Australia

COVID-19 has spread all over Australia and the world. It has disrupted the national and global economy, which has, in turn, caused unemployment. However, the ‘snake catching’ industry is growing. Snake catchers are now busier than ever.

Snakes are now frequenting residential areas since people hardly go out and stay home to flatten the COVID-19 curve. As a result, snake catchers are having a pretty busy time relocating the snakes.

Snakes are not as scary or harmful as people perceive them. They are not aggressive enough to attack you unless given a reason to do so. Most species of snakes are not venomous enough to kill somebody. They play a significant role in our ecosystem as a middle-order predator too.

The number of snakes in Australia might be pretty frightening, which is why people often prefer to kill them. However, awareness needs to be raised about their importance and harmlessness. This will save their lives and yours in a greater sense by serving the environment. Purpose to obey the law in this regard, as it is very beneficial for the planet and other animals. Moreover, failure to do so comes with legal repercussions.

It is safe to say that killing snakes is illegal in Australia for good reasons. If you have read this article thoroughly, hopefully, you have an idea of why saving snakes is crucial and how to deal with them in a way that guarantees their survival. Just let the snake live as they want to, then if you ever feel disturbed by them, reach out to a reliable snake catcher company, and they will help you. Lastly, never forget the precautionary steps mentioned before.