The Danger Of Possum Poop

Possums are a group of 70 tree-dwelling marsupial species you can find in some countries. The average person can use the terms “opossum” and “possum” interchangeably. The term “opossum” derives its name from its counterpart in the Powhatan language spoken by the Virginia Algonquian tribe. It means “beast” or “white dog” in Powhatan.

However, an opossum is a white, grey marsupial mainly found in North America. A possum is, by contrast, the name employed in describing the marsupial that appears similar to an opossum. For instance, one of these marsupials is the Brushtailed possum found in Australia, New Zealand, and Southeast Asia. Possums are commonly found in and around human settlements living among invasive pests.

It may not seem crucial to remove possums. This may be because they appear to be seemingly sweet and furry cat-like animals. However, it may become a problem as soon as they settle down in your attic or basement. These furry animals are known to excrete a great deal of waste. If left unattended, your doorstep or basement can be converted into the toilet in a matter of days.

To make things worse, their mouth stinks and can also contain many pathogens that can cause disease. Possums may enter your garden or house and leave their excrement – which is similar to that of cats or small dogs. Humans are at risk while cleaning possum poop; therefore, it is essential to segregate animal excrement. In no case should the opossum feces be touched. This is to prevent contact that may cause several infections once infected.

Where Do Possums Breed? 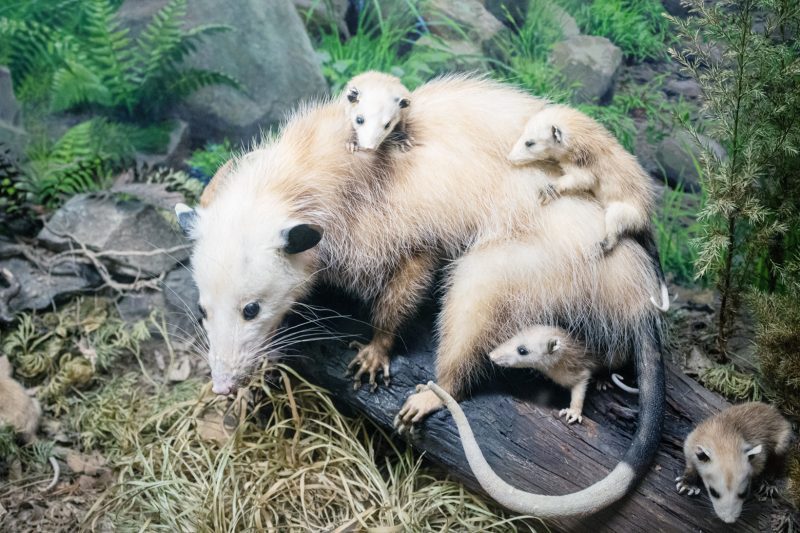 The possum doesn’t easily choose its nesting ground like other invasive pests. Possums prefer to nest and breed in attics because it’s the most secure place, and it is also dark. Before making it their nesting ground, they will become a familiar presence in your garden, backyard, shed, or basement. Their invasion usually begins at night, being nocturnal animals.

During the day, possums don’t come out, so you can’t be sure if they are in your home or not. However, to confirm if you have a possum invasion, you can rely on other clues. You can look, for example, for paw marks, sounds in your attic, and much more. However, the best way to identify them is by their poop. When it comes to possum invasions, they drop a lot of poop.

If you find possum droppings in your house instead of outside, then immediate action should be taken because possums have probably taken up residence in your home. When you have pets like a dog or a cat, or if you think that the droppings might come from a wild animal, take the time to make sure the droppings are cleaned up and out of reach.

If you know that possums are in your home, you should take precautionary measures, starting with removing the droppings. You should then take steps to avoid more possums and be sure to clean out any areas that the possums may have affected thoroughly. Aside from the possibility of carrying diseases, there is generally a rotten smell associated with their droppings.

Therefore, you will want to clean up the problem as fast as possible. When droppings are outside the house, try to find areas in the shed or the garage or beneath the house’s deck where the possums can nest. If a possum has settled in a town, it’s probably looking for a refuge. In this regard, it is best to look for places that protect them from the elements. 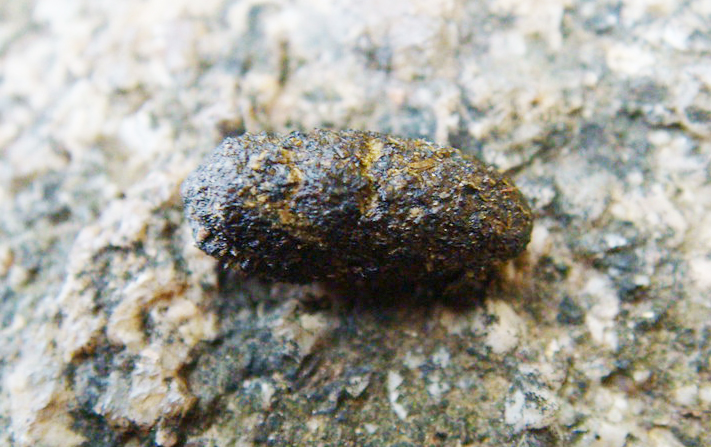 Possum poop looks extremely similar to dog poop and is almost the same. Because of these factors, detecting possum feces is a difficult job, particularly if you have pet dogs in your home. Possums are also opportunistic hunters or scavengers. They consume almost everything they can get their hands on since they are omnivorous creatures.

This implies that, unlike raccoons, we cannot use a stick to examine feces to identify the species based on what they have eaten. The first indication of possum feces would be an awful rotting odour. Possums usually defecate and urinate at the same time. The ammonia in the pee would make the feces moist and emit an unpleasant smell.

Possums may transmit illnesses to people. Most of these illnesses, if not treated promptly, may become life-threatening. It is crucial to remember that people only acquire these illnesses from possums via direct contact or through possum feces. Possums are docile creatures; thus, the likelihood of them attacking people is low.

This means that the only method to encounter possum infections directly is contacting, eating or drinking anything contaminated by possum feces. Leptospirosis is a bacterial infection in humans caused by the Leptospira bacterium. Possum feces and urine have a high concentration of these bacteria. Leptospirosis is a zoonotic illness that infects people when they come into contact with possum excrement or urine via a cut or open wound.

Mycobacterium ulcerans is a skin-eating bacterium that causes painless lumps on the arms and legs in the initial stages. These lumps will eventually become big sores. The Buruli ulcer, if not discovered and treated early enough, may result in lifelong deformity. Many of these illnesses are linked to possum feces. Animals, like people, are susceptible to these illnesses. If you have pets at home, you must exercise caution while letting them out, especially if you live in possum-infested regions.

How Do You Get Possum Poop Out Of Your Yard Or Attic? 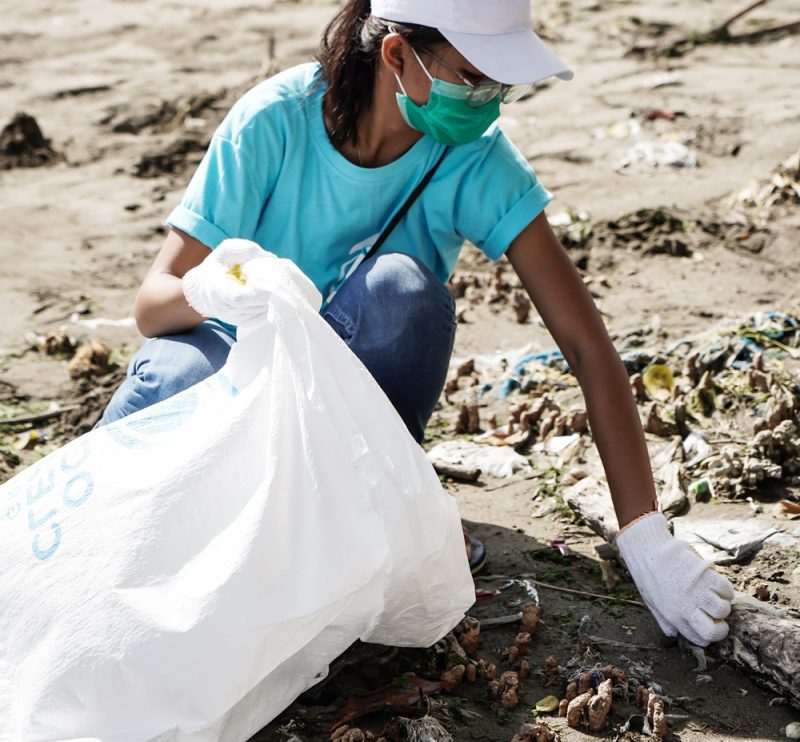 There are many possible health risks connected to exposure to droppings. As such, you want to dispose of your waste as soon as possible. If you see possum feces or the poop of any other invasive pet, it is best to remove it as fast as possible, especially if you’ve got children or other pets.

Now that you know how dangerous possum poop can be, let’s look at safely removing it from your yard or attic. The method of cleaning is determined by where the droppings are located and the quantity of droppings present. Let us first look at how to remove droppings from their nesting places in your attic, cellar, or any other location where there is a mound of droppings.

Hazardous pathogens like Leptospirosis or Salmonella may also be present in possum droppings. Explicitly speaking, they usually have a very contagious illness called EPM (Equine Protozoal Myeloencephalitis), which may rapidly kill horses by assaulting their nervous systems.

Effective Pest Control For Your Garden

Opossums are a common garden pest, particularly when they munch on or trample plants. And they may steal pet food or dig through the trash. Opossum removal is difficult, but with persistence, the backyard possum may be persuaded to relocate. The most straightforward approach to deal with opossums is to learn their routines.

Most often seen in forested regions or open fields near streams, they can live in abandoned burrows, tree crevices, brush piles, and places under stairs or decks. These animals are nocturnal, meaning that they are active at night and sleep during the day. These intruders assaulting your yard may be tough to “see.” They typically leave droppings, trails, upturned pet food bowls or trash cans, and plant damage as evidence of their presence.

Fruits, nuts, insects, eggs, and tiny animals like frogs and mice are all eaten by backyard possums. Possum control involves using repellents and traps. Another is fencing to obscure entry into your property. There are several products present on the market to deter wild animals. These, however, provide little alleviation.

Catching Possums Through Traps In Your Garden 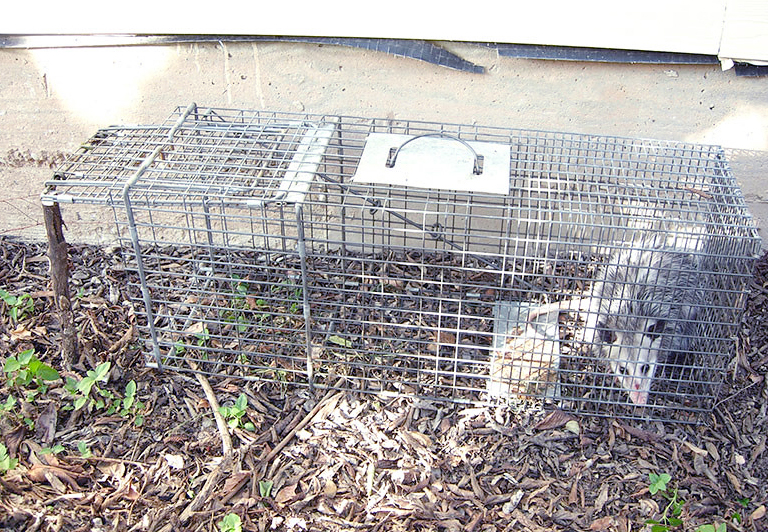 How to catch an opossum isn’t as challenging as what to do with it. In most cases, a certified wildlife specialist must relocate the animal. Killing these creatures should be the last option, and most states prohibit it. Nonetheless, catching them in a box or cage is simple.

Traps should be 10x12x32 inches (25x31x81 cm). Arrange the fruit traps along paths and established travel routes. Possums may be controlled by using woven wire or an electric fence.

Garden fencing should be at least 4 feet (1 m) high, with the top foot (31 cm) pointing away from the garden to deter climbers. Adding 3-4 inches (8-10 cm) of electric fence on top may also assist.

The most effective defence is to make the place unattractive to possums. You can do this by simply: