What Noise Does A Rat Make?

Whether you have a pet rat or mouse, rats and mice are both rodents, thus they seem identical, but their size is the most significant difference. Rats are bigger and heavier, whereas mice have slimmer bodies. When comparing tails, rat tails are shorter, bulkier, and hairless, while mice have long, slender tails.

The expression “as silent as a mouse” is meaningful when you know that most mouse and rat vocalisations are below our hearing capacity. And while they are more talkative than you might think, you will not recognise them on a sound-based basis. On the other hand, squirrels are a lot noisier than their cousins and can hear one another calling.

Rats, mice, and squirrels are continually rattling on to maintain their teeth well, and if you do not hear them, you may also be alerted to their presence at home by the evidence left behind. But you can still hear them move about if you listen attentively. You may hear the odd squeak or chirp if you are fortunate. 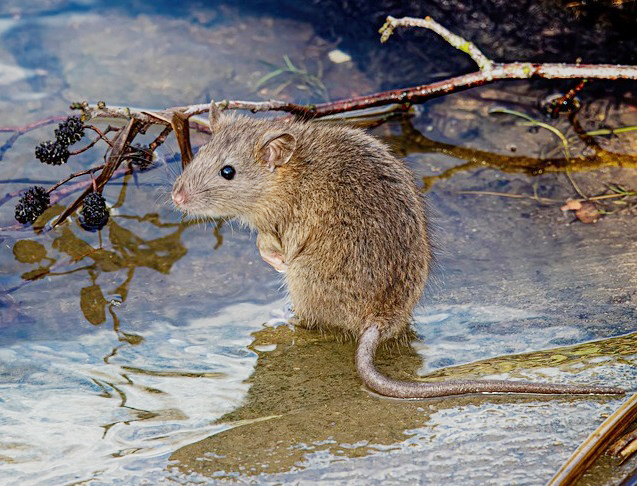 Infestations of rodents can be just as expensive and risky. Whether you feel vulnerable to an existing infestation or whether you have it. Rats are quiet animals. You can hear them move around more than you can hear them grind. They are more active at night while searching for food and inactive in the morning.

Rats not only infest homes and inflict expensive damage, but they also risk occupants’ health. Specifically, if people breathe in dust from rat droppings or ingest tainted food or drink, they may become ill. Moreover, terrible diseases are spread through bites.

Leptospirosis, rat-bite fever, and salmonellosis are diseases that they can transfer. The wires, walls, and insulation where they nest and feed are also susceptible to destruction. With well-established populations, removing rats from homes can be a challenge.

However, contacting a rodent control agency will help keep rodents away from your property by removing the rats using traps or poisons. You can prevent access by sealing all entry points to keep rats and mice from your home or business permanently. You will have to exterminate the remaining rodents once the access points are stopped.

What noise does a rat make?

Rat noises are often the first indicators of home rodent infestation. It sounds like grinding their front teeth on floor joists, siding, and electric cables and can be heard indoors. They also brush into walls, which is often misidentified by homeowners as larger bugs.

Hissing and screaming to protect from adversaries are other everyday noises from rats. A rat’s sound can be classified as mostly ultrasound vocalisations, which are not within our hearing range. But, if in distress or warning other rats of a threat, they might squeak or hiss audibly.

The ultrasound vocalisations in rodents may be described as whistles or chirping and may be heard with proper equipment. Baby rats usually squeak when they split themselves from their mother. When they communicate with other rats, adult rats emit these sounds.

Ultrasonic chirps provide information on the environment of the individual rat. There may be hostile meetings, and other undesirable conditions only heard at a specific frequency. Different tones show fun and gratifying experiences, sociable, and combination behavior.

Although you are unlikely to get ultrasound vocalisations without the right equipment, you can probably still catch the odd chirp or squeak in your hearing range.

The home mouse has multiple subspecies that are abundant in various parts of the world. But they are almost indistinguishable from each other as separate species. All rodents have common characteristics, such as an incisor set of teeth in the upper jaw.

Each tends to have short and long legs, but looking closely at their bodily traits and habits, you may utilise them to recognise which plague invades your properties. They also have different characteristics. Mice and rats are among the world’s most widely known annoying mammals.

They can be important agricultural pests, but they tend to feed in food stockpiles and contaminate what they do not eat.

What sound does a mouse make?

Like rats, mice also produce ultrasound calls outside human hearing ability. And these vocalisations are also employed to talk about their surroundings and bodily condition with one another. Unlike rats, though, mice can make sounds more likely to be heard by human hearing.

You may be familiar with their high-pitched chirping that is sometimes like a bird chirping. Mice usually speak to transmit information, including shelter and food, to other mice. Studies reveal that mice also speak to emotional states. And every vocalisation has a distinctive pitch.

When they move, mice also emit sounds similar to rats. You can hear them rubbing around trash containers or skipping up your walls and pipes. You may probably hear scratching sounds from walls because they use their claws to hold onto surfaces.

Like rats, mice are nocturnal; you are more likely to hear them at night in your roof or somewhere else. If, throughout the day, you hear any of these sounds, they may be from a common diurnal rodent, such as a squirrel. 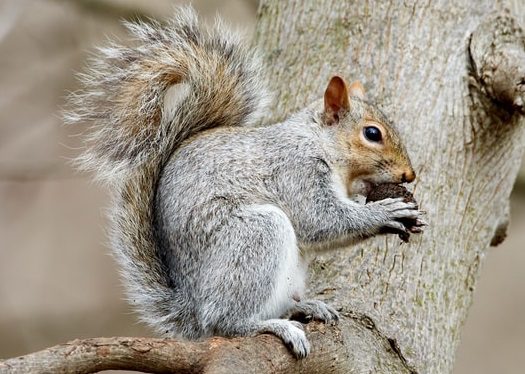 While squirrels can be more easily differentiated by sight alone from mice and rats, the bushy-tailed rodents also produce noises of chirping and chatting. Squirrels typically are considerably noisier than rats or mice but can be heard by people. Squirrel sounds can also vary by age and sex according to the species.

Baby squirrels also sound like “muk-muk.” It is like a repressed sneeze, a gentle tone. This sound is made when a baby squirrel is hungry and informs its mother that it needs to be fed.

Baby squirrels cry like the chirping sounds birds create when they are distressed. This sound is tingling, and even if she is away from the nest, it can reach the mother. In mating season, when males are searching for a female mate, you can also hear the sound of the “muk-muk” from the male squirrel.

The “kuk” and “quaa” sounds may also be heard before and after squirrels do mate. Furthermore, squirrels make sounds when they move about as well. Like rats and mice, it is possible to hear them chew, scratch, scrape and rub through wood beams or pipes.

What sounds do squirrels make?

They also transmit the location of food and inform others of the presence of predators using these high-frequency tones. Squirrels also employ human-audible vocalisation to communicate with others. In particular, alarm sounds that sound like a “kuk” and a “quaa” are being made by a squirrel.

The sound of “kuk” is short but broad and quickly spoken. This sound is made by a squirrel warning others of immediate danger. Once the threat falls, the squirrel sound is transformed into a “quaa.” These sounds are loud enough to hear from short distances from other squirrels.

You will need to contact a pest control company if you fear you may have rats within your home. They know what to find, and if they detect rats, they can aid you. Many people do not want to tolerate rats. It seems improbable that people and rats will coexist harmoniously for several reasons.

We coexist, though, as rats have adapted to live amongst human beings, possibly more than any other wild species. It does not mean that we frequently allow their presence or that we need to adopt risky and inhumane techniques of destroying them—or take an unrestricted strategy of managing their numbers.

The best method to manage rats is to prevent them from residing first. Conditions to support populations of rats are generally left until a major catastrophe occurs. The poisons or trappings are then used to diminish the population, such that the origin of the problem can only be left unscathed initially.

Any efforts to minimise the population of rats must be followed by taking the procedures needed to prevent the same issues from happening again—exclusion and sanitation.